In the Herb Garden this week – Opium Poppy (Papaver somniferum) 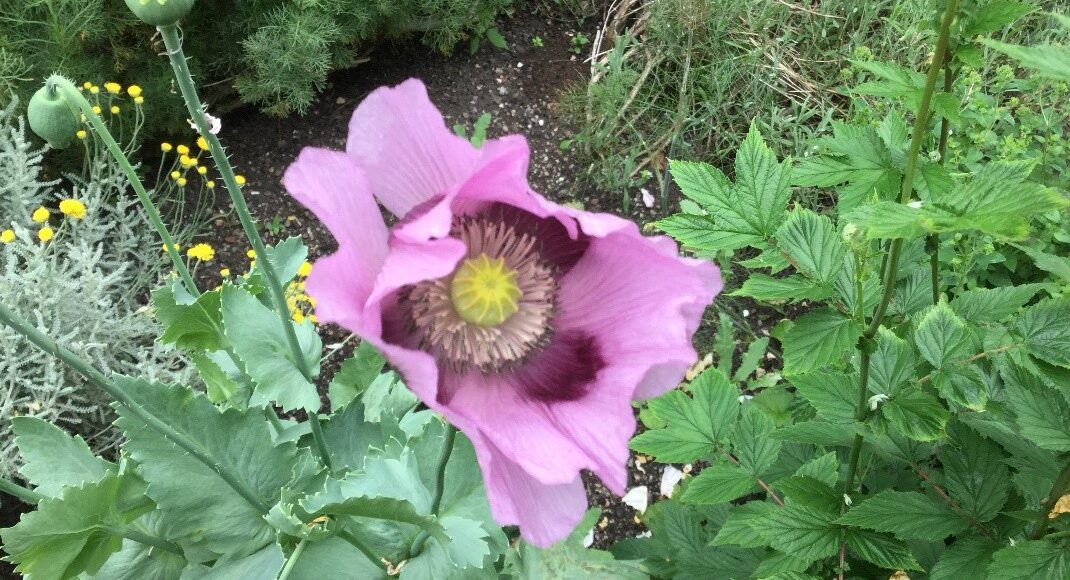 Dr Darwin prescribed opium in some form or other to almost all his patients, whatever their ailment. Indeed, he wrote: ‘Opium is the only drug to be rely’d on – all the boasted nostrums only take up time, and as the disease is often of short duration, or of small quantity, they have gained credit which they do not deserve.’

However, he fully appreciated its dangers too and he says in his book Zoonomia (volume 1):

‘Opium, when taken as a luxury, not as a medicine, is as pernicious as alcohol.’

He describes the effects of the poppy thus in ‘The Loves of the Plants’ – his extravagant poetic English rendering of Linnaeus’ Classification of Plants:

Pass the thin forms of Fancy and of Dreams…:’

Perhaps she does look a bit sullen in this photograph, taken in the Herb Garden last week as she blew in the wind!

Darwin added a footnote to his poem – was he speaking from practical experience in his garden at Abnalls, we may wonder? ‘The finest Opium is procured by wounding the heads of large poppies with a three-edged knife, and tying muscle-shells [mussel shells?] to them to catch the drops. In small quantities it exhilarates the mind, raises the passions, and invigorates the body: in large ones it is succeeded by intoxication, languor, stupor and death.’

Anna Seward, Darwin’s neighbouring Lichfield poet, called the poppy: ‘Thou flimsy, showy, melancholy weed’. See if you agree with her the next time you visit the garden.