Erasmus Darwin House holds a number of objects which belonged to Erasmus and his family, which are on loan from organisations such as Lichfield City Council, Stoke on Trent Potteries Museum, Holburne Museum and English Heritage. His work covered a variety of subjects, from science and inventions to medicine and the education of women, and the collections reflect this, covering topics such as these and more!

The museum has undergone two refurbishments since its opening in 1999 which have enabled us to better interpret the themes and display the objects. 18th century furniture sits alongside traditional art and contemporary interactive exhibits. There are many stories to tell in this small house.

Our most prized object is Darwin’s Common Place Book which gives us great insight into the mind of this amazing man. It is a large notebook on loan from English Heritage which contains Darwin’s own notes on his medical cases, his thoughts on such things as meteorology and botany, and some fantastic drawings of his inventions. A group of volunteers have recently completed a demanding project to transcribe the book for our visitors.

‘It was a privilege to transcribe Darwin’s original hand written notes… it felt like he was in the room and speaking the words!

A copy can now be found on the lectern in the Inventions Room which compares Darwin’s original page to a translated page, so now we can better understand his passion for medicine and engineering!

You will also find the Common Place Book as part of the British Museums Teaching History in 100 Objects project which provides resources for teachers who want to use museum objects as a way to interpret history. 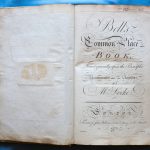 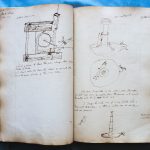 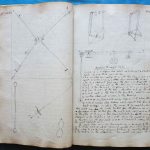 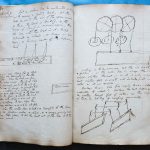 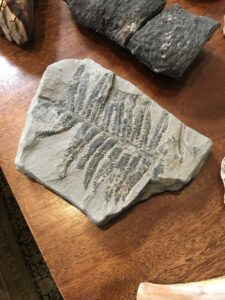 Plant fossils are rare compared to fossils of bones, teeth and shells as the soft tissues of leaves are usually destroyed long before fossilisation can take place. Ferns first appeared in the fossil record around 360 million years ago in the middle Devonian period, but many of the current families and species did not appear until around 145 million years ago in the early Cretaceous.

Darwin had a fascination with fossils and it was this that led to him developing his ideas on evolution.

This specimen is on loan to the museum from The Potteries Museum & Art Gallery in Stoke-on-Trent along with a collection of other fossils and can be seen in the Study on Darwin’s table.

Please do not turn up at the museum with a donation for the collection as we are unable to accept everything that is offered. With limited space and storage, we cannot take everything. We have an accessions policy within museum accreditation. If you have an item that you think maybe of interest to the museum please email the office and we will pass the information to the curator for consideration.