We have a range of books and pamphlets on Erasmus, his interests, his contemporaries and fellow members of the Lunar Society.  We also stock science books for children and books for herb garden enthusiasts.

Our most popular books are The Lunar Men by Jenny Uglow and Desmond King-Hele’s biography of Erasmus Darwin, A Life of Unequalled Achievement.

A list of the books available can be found below.  As space in our shop is limited, some items may not be on display, so please ask at the reception desk if you cannot find a copy of the book you require.

In 1804, at a time of industrial, political and intellectual ferment, Anna Seward (1742-1809) published the first biography of “Erasmus Darwin” (1731-1802). Darwin was one of Britain’s foremost physicians, scientists, poets and observers of nature. Anna Seward was a leading poet, critic and commentator. Both flourished in the effervescent cultural landscape of the late-eighteenth century and made Lichfield a provincial centre for intellectual activity.

A splendid biography of Erasmus Darwin by Desmond King-Hele, who is the leading authority on Erasmus Darwin, having studied his life and work for three decades. One of our most popular books.

The Collected Letters of Erasmus Darwin

Erasmus Darwin has often been cited as the most widely talented man of the past 250 years. He excelled in medicine and poetry, was an inventor and wide ranging man of science, and founded several societies. This collection of 460 of his letters provides an insight into the life of this amazing man. Darwin was famous throughout Britain as a physician; his medical letters to patients and private letters to his physician son Robert are a rich source for historians of medicine. His lively letters to the ‘Lunar Men’, Boulton, Watt, Keir and Wedgwood, provide insight into the Industrial Revolution in England. In the 1790s Darwin propounded the idea of biological evolution, although it was his grandson Charles who persuaded people to take it seriously. This unique collection reveals the variety of Erasmus Darwin’s talents, and his wide range of important friendships.

The Lunar Men: The Friends Who Made 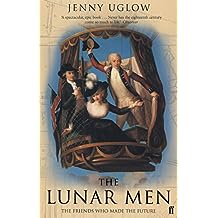 The Lunar Men is a vivid group portrait that brings to life the Lunar Society of Birmingham, a group of eighteenth-century amateur experimenters led by the larger-than-life Erasmus Darwin.

A study of Erasmus Darwin’s theories concerning the evolution of all life on earth from a ‘single living filament’. His work influenced his grandson, Charles Darwin,although the grandson did not always acknowledge his debt. This book puts Erasmus Darwin’s evolutionary thinking into its historical context, drawing on his poetry and prose to demonstrate the originality of much of his work in this field.

Erasmus Darwin was a larger-than-life character and a leading member of the Lunar Society or ‘lunatics’, an eighteenth century group of entrepreneurs. His grandson Charles Darwin, best known for his epic book, The Origin of the Species, was descended from two famous scientific families; the Darwins and the Wedgwoods. But until now the history of the Darwins as owners of several farms in Lincolnshire has been little appreciated. The letters, financial accounts, photographs and maps discussed in this book reveal how the Darwin family influenced the lives of their tenant farmers, and provide new insights into the nature of rural Lincolnshire from the Elizabethan era right through to the mid-twentieth century.

The Rise and Fall of Asprin

The author has long been interested in how plant derived substances can prove beneficial to Medicine. Writings on papyrus from the earliest times have described the use of willow bark for soothing inflamed wounds. Major contributions by the Reverend Edward Stone of Chipping Norton, and Dr. Thomas Maclagan of Dundee are covered, along with the unique discovery by Professor John Vane and his team, of the fundamental effect of aspirin on prostaglandin synthesis. The book includes fascinating memorabilia on the early days of aspirin, kindly donated from the Bayer archive

The Life and Times of William Withering

William Withering whilst travelling from Birmingham to Stafford and stopping to change horses, was asked to see a patient suffering from the dropsy. A few weeks later, enquiring about her progress, he was told she had improved following the use of a remedy of an old woman in Shropshire. He was able to discern that of all its ingredients, the one likely to be responsible was derived from the purple foxglove. His most famous contribution to the world of medicine was to study its optimum dosage, and accurately to chart its side effects. Withering was also a mineralogist and botanist. He was a member of the Lunar Society of Birmingham. Within this book we traverse world events of the 18th century – wars and riots, the Industrial Revolution, the effects in the Midlands of the French Revolution, the events in India, and many others. We chart the lives of other physicians, famous politicians, artists, playwrights, cabinet makers and others, who collectively weave the tapestry of the time. Then we move into modern times with the advent of digoxin, the current version of digitalis. We assess its place in the medicine of today. This book is intended not only for members of the medical and allied professions, but for all who, like Withering, seek truth from the Nature that surrounds us 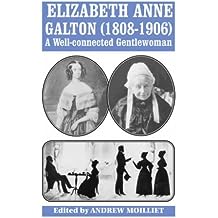 Elizabeth Anne Galton’s mind was as sharp and enquiring in her nineties as it was in her youth.    Grand daughter to Erasmus Darwin, she chronicled the changes in the 19th century with an observant eye.  She was a devout philanthropic woman, much influenced by her Quaker relations, but her strong principles were leavened with a great sense of fun.

Her memoirs have been edited by Andrew Moilliet, a descendant of her sister Lucy.  There are gems of all kinds on every page, including the defeat of Bonaparte, dancing bears, highwaymen, the first trains, the @science@ of phrenology, life at a Regency spa, her @season@ as a debutante, the death of George III a lavish dinner for the Duke of wellington – and the blissful arrival of elastic shoulder straps for stiffly-corseted women… 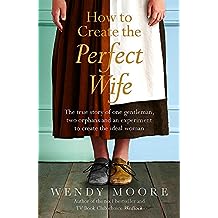 How to Create the Perfect Wife

This is the story of how Thomas Day, a young man of means, decided he could never marry a woman with brains, spirit or fortune. Instead, he adopted two orphan girls from a Foundling Hospital, and set about educating them to become the meek, docile women he considered marriage material.

Fifty Plants That Changed the Course of History

Fifty Plants That Changed The Course Of History is a beautifully presented guide to the plants that have had the greatest impact on human civilisation.  Entries range from crops like rice and wheat that feed whole populations, to herbs and spices that are highly prized for their medicinal qualities.  Weaving together strands of economic political and agricultural history, each entry is a fascinating look at the most influential plants known to mankind.

101 Brilliant things for Kids to Do With Science 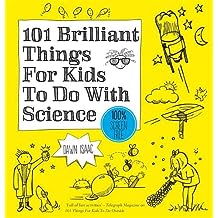 Science is one of those things that some grown ups think has to be taken very seriously, with lots of very long words and textbooks. This isn’t that sort of science.  This is the good sort.  The messy, fun, exciting, noisy sort.  The sort that involves launching rockets, making sherbet, creating snow storms – that kind of thing.

‘I am writing these inexpennsive mini-monographs primarily to support the work of Derby Museum and Art Gallery and Erasmus Darwin House in Lichfield.

They are usually developed from talks I have given locally to commemorate anniversaries of significant figures with connections to the area.

They all contain new and original material, and are intended to stimulate interest in both the lives and the ideas of the people who are discussed’ 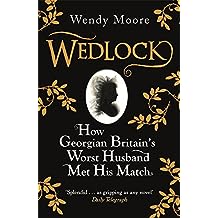 Wedlock is the remarkable story of the Countess of Strathmore and her marriage to Andrew Robinson Stoney. Mary Eleanor Bowes was one of Britain’s richest young heiresses. She married the Count of Strathmore who died young, and pregnant with her lover’s child, Mary became engaged to George Gray. Then in swooped Andrew Robinson Stoney. Mary was bowled over and married him within the week.

But nothing was as it seemed. Stoney was broke, and his pursuit of the wealthy Countess a calculated ploy. Once married to Mary, he embarked on years of ill treatment, seizing her lands, beating her, terrorising servants, introducing prostitutes to the family home, kidnapping his own sister. But finally after many years, a servant helped Mary to escape. She began a high-profile divorce case that was the scandal of the day and was successful. But then Andrew kidnapped her and undertook a week-long rampage of terror and cruelty until the law finally caught up with him.

Poems of Lichfield and Derby

This is the third of four small books presenting Erasmus Darwin’s shorter poems, most of which have not previously been published.

A collection of the early poetry written by Dr Erasmus Darwin in the mid-eighteenth century. The poems – most of them until now unpublished – are provided with short biographical and literary introductions and brief explanatory footnotes. There is a general introduction written by Dr Desmond King-Hele, FRS, and additional scholarly information concerning sources etc.

To Elizabeth with love

In 1775, when he was forty-three and a widower living at Lichfield, Erasmus was attracted by the twenty-eight-year-old Mrs Elizabeth Pole. She and her husband Colonel Edward Pole, a war hero, lived at Radburn Hall near Derby, with their three young children. For the next five years Erasmus conducted a remarkable courtship in verse, and his twenty-seven known poems to Elizabeth are printed here. Though his initial admiration grew into devotion and love, the poems never seemed likely to have any effect in the real world. But Colonel Pole died in 1780, and Erasmus married Elizabeth in 1781. According to several of their seven children, they enjoyed a happy married life until Erasmus died in 1802, aged seventy.

Advice to a Young Physician

Introduced and edited by Denis Gibbs and Philip K. Wilson

In 1664 the fifteen year old John  Floyer matriculated at The Queens College, Oxford and embarked upon the study of medicine.  Twelve years later, he settled in practice as a physician in the cathedral city of Lichfield, Staffordshire, where he lived and worked for over half a century.  He was active in local affairs and was knighted by Charles II in 1684.  Sir John was an enthusiastic investigator and author who had been strongly influenced during his formative years as a student in the exciting intellectual atmosphere of post-restoration Oxford.  he made a number of original and important contributions to medicine, several of which were of lasting significance, including observations on asthma, the application of measurement to medicine, the use of cold water bathing as a form of treatment, and the preservation of health in the elderly.

Floyer donated books and unpublished manuscripts to the Queen’s College, Oxford in 1724.  One of these manuscripts, “Advice to a Young Physician”, provides an unprecedented glimpse into the life, work and conduct of a medical student and novice physician during England’s Early Modern period.

All books can be purchased from our shop or by contacting the Office on 01543 306260 or  enquiries@erasmusdarwin.org – please note we charge postage and packaging.