In the Herb Garden this week 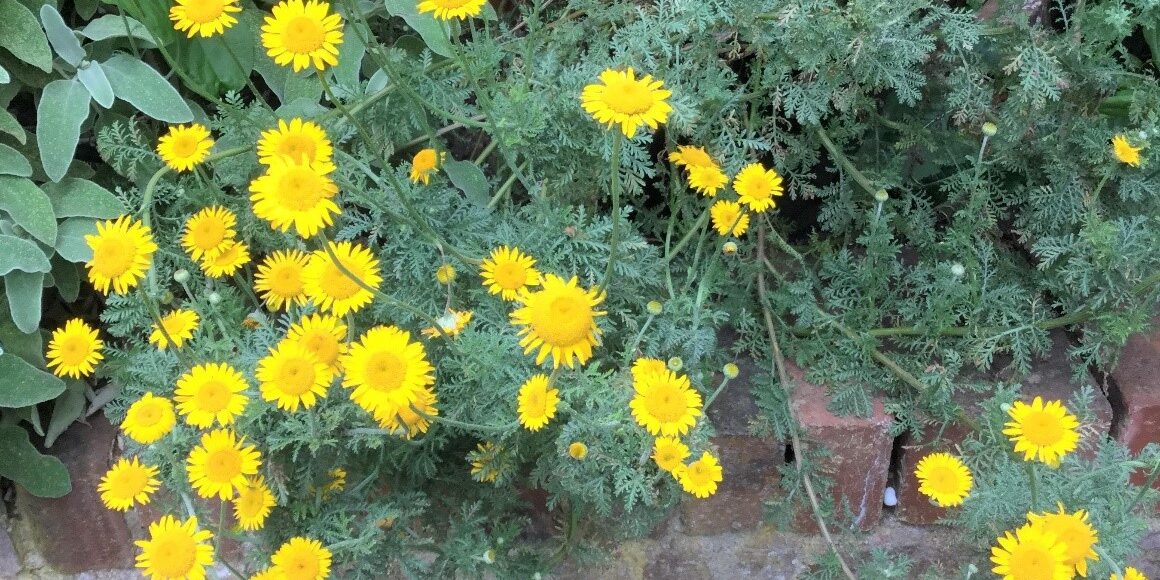 In the Herb Garden this week no.6

A new addition to the Herb Garden last year was the Dyers’ Garden and many visitors are interested to see examples of the plants which would have been used in the 18th century for dyeing fabrics.

During that time, dye houses grew from craft workshops to industries based on science and research, leading to the production of coloured cloth of high quality. It was not until the mid-nineteenth century that the discovery of man-made synthetic dyes led to a steep decline in the market for natural dyes.

We know from John Snape’s map of Lichfield of 1766 that a dyehouse stood on the north side of Lombard Street at the junction with Stowe Street and that local tradesmen belonged to the Dyers and Clothmakers Company. They would have relied on imported dried plants for their work however, as regular supplies and large quantities were required for cloth production.

The photograph shows Dyers’ Chamomile which is in the garden at the moment and has long-lasting, yellow daisy-like flowers each with a dome-shaped centre.

‘Wild Colours Natural Dyes’ at The Custard Factory, Birmingham is a local specialist studio for contemporary natural dyes and they tell us how to use it:

The warm yellows produced by Dyers’ Chamomile are a useful complement to the lemon yellows obtained from Weld. Use 200 to 400 grams of dry flower heads for 100 grams of wool. Simmer the flowers for one hour, strain them, add mordanted fibre to the yellow liquid and simmer for another hour.

We shall be adding Weld to The Dyers’ Garden at Erasmus Darwin House soon as well, so watch out for both plants next time you visit.