In the Herb Garden this week – Foxglove (Digitalis purpurea) 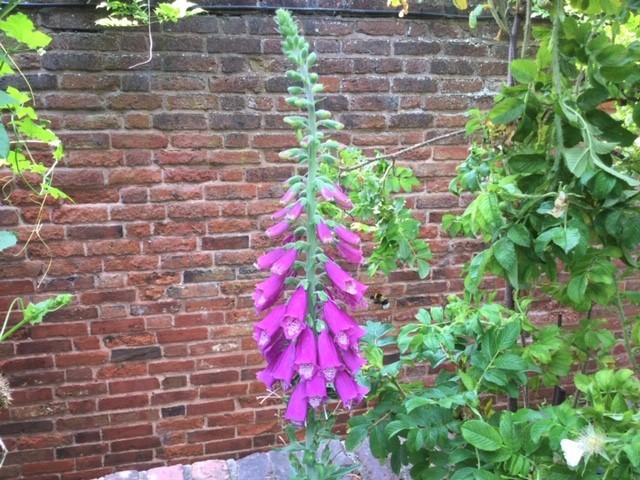 Beautiful but deadly, this familiar flower has the power to cure and kill.

The Foxglove was employed by old herbalists for conditions as bizarre as treating ‘those who have fallen from high places…’ (Gerard). It was not until the 18th century that its properties were investigated as a cure for Dropsy (water retention) although it was already listed as a powerful emetic by Dr Darwin.

Sadly, the new benefits of Foxglove as a medicine were overshadowed by professional rivalry on the part of Dr Darwin and his fellow practitioner, William Withering, in Birmingham. They both claimed to have precedence in publishing the results of their treatments but agreed that its use was ‘very unsafe unless in skilful hands.’ (Withering). This resulted in them both experimenting on every aspect of delivery – which part of the plant, in what form and how much to be given. Dr Darwin tells us (The Loves of the Plants, Canto 2, ll. 425-32) ‘The effect of this plant in that kind of Dropsy where the legs and thighs are much swelled, attended with great difficulty of breathing, is truly astonishing’.

He was quite right as the Foxglove’s active principles digitoxin and digoxin have now been isolated and purified and are still widely used in orthodox medicine to treat heart disease.

Foxgloves are also an important source of pollen for bees. The brightly coloured flowers and dark spots attract the bee, while the lower lip of the flower allows the insect to land before climbing up the tube. Can you spot one just arriving in the photograph taken in the Medicine Chest Garden last week?