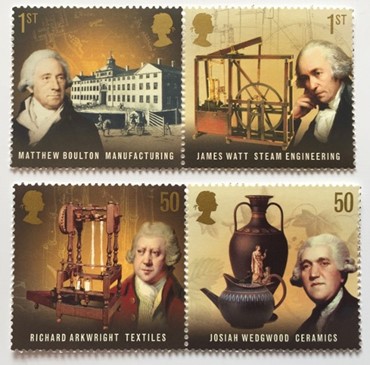 Agrarian to Industrialist – Joseph Banks and the ‘promotion and improvement of manufactures of this country’ Taken from a quote by John Wallace 1787,  by Paul Scott, Trustee, Sir Joseph Banks Society.

In this lecture Paul Scott provide a review of the evidence linking Sir Joseph Banks 1743-1820 to the rise of manufacturing and industry in Britain and beyond in the late 18th and early 19th Century.

It is well known how Joseph Banks became famous due to his voyage accompanying Captain James Cook on their voyage to Australia on board the Endeavour. His later contributions in the field of botany and the collections at Kew Gardens is also well documented as is his enormous influence on the creation of Australia as a British colony. However, there is much less published material concerning his contribution to manufacturing and industry.

Sir Joseph Banks was one of the 18th century’s most outstanding men, during his time Britain went from a pre-industrial agricultural society to become one based on mechanical production. In his capacious energy and letters one can see that he was a catalyst for much of the discoveries and improvements of the period.